Gone are the days of passive TV consumption. Viewers want to interact with the content they’re seeing – and when they see an ad for something they like, they want to be able to act on it easily, whether that means shopping for themselves instantly, or sharing it with a family member who may be looking for gift ideas. 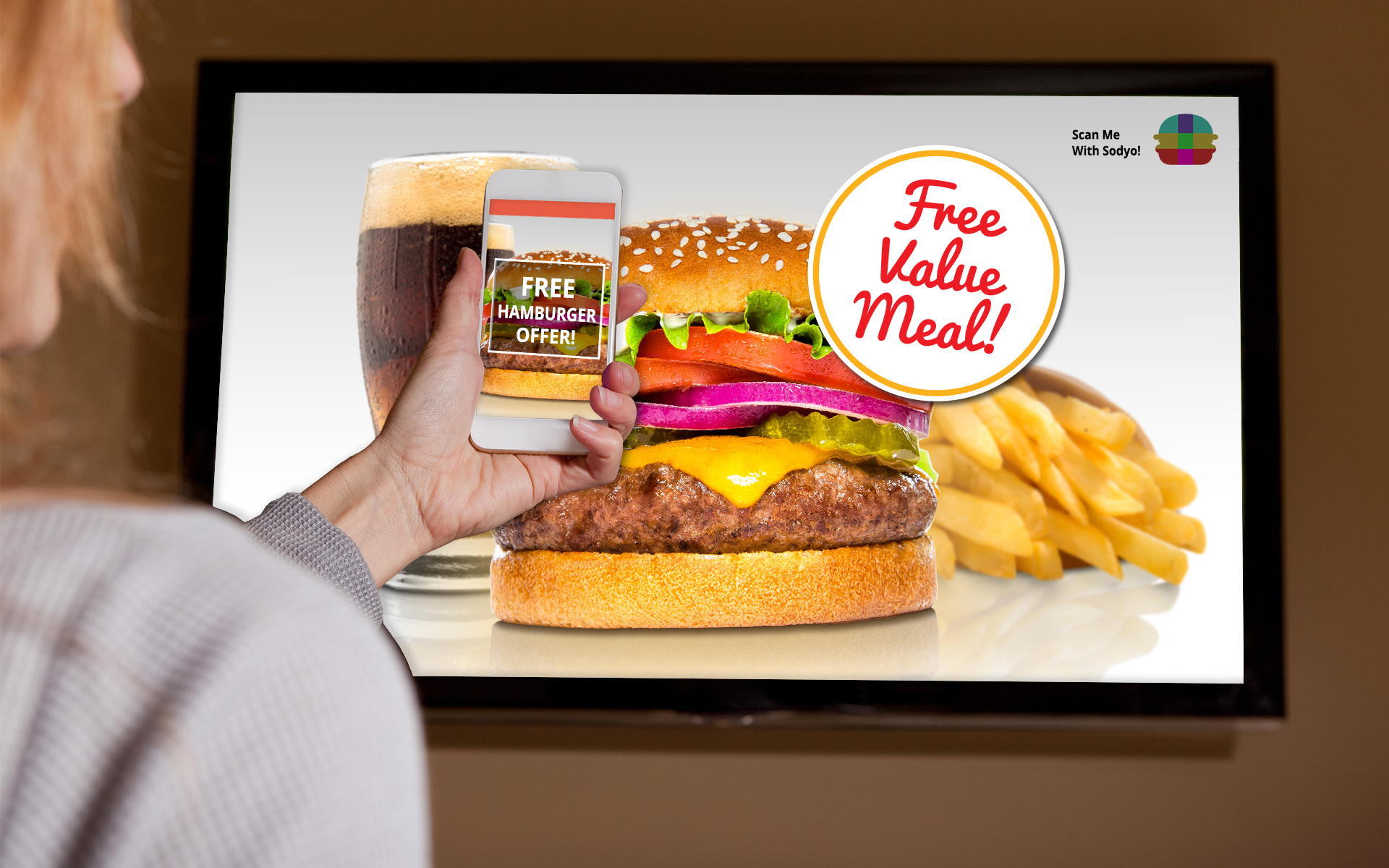 But don’t be fooled by the similarities – the Sodyo technology is vastly superior in its underlying properties. Whereas QR codes were created for print media, the Sodyo markers were specifically developed to work on digital displays and print together. The markers work at much longer distances – in fact, if the same size codes are placed side by side, the Sodyo marker can be scanned from 15 times farther away and at a much faster rate.

The technological advantages don’t end there – for a full understanding of the advantages of the Sodyo Marker vs a QR code, or how it can be used in advertising, click the “Contact Us” button below.